Logan Lucky is set in the high-octane Nascar racing world and involves a prize money heist by two hick brothers played by Channing Tatum and a one-armed Adam Driver. To pull it off, the boys enlist the help of a felon played by Daniel Craig – a roughed-up, ice-blond prison escapee. Check out the trailer.

This will be director Steven Soderbergh’s first film since 2013’s Behind the Candelabra, and puts him back into the heist genre – comfort food for the director as did do the Ocean’s 11 movies.

In select cinemas from August. 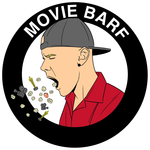