Just over a year ago I had the privilege of visiting the set of WWII thriller The Painted Bird and interviewing director Václav Marhoul. The film is one of the most exciting films shot in the Czech Republic in recent years, which as of yesterday, will now compete in the Venice International Film Festival this August.

The film is based on the controversial novel by Polish author and Holocaust survivor Jerzy Kosiński, and starring Harvey Keitel, Stellan Skarsgård, Julian Sands and the young Petr Kotlar as the nameless Jewish boy forced to wander a war-torn Eastern Europe.

It’s a long drive from Prague to the surrounding countryside of Český Krumlov, close to the Austrian border. The sky is dark and wholly appropriate considering the sobering tone of director Václav Marhoul’s film. On the way to set, we pass by that familiar church from the winter scenes with Harvey Keitel and Julian Sands, now almost completely hidden from the naked eye by the lush green forest blanketing the surrounding hills and countryside, considerably different to the barren winter wasteland it had been months earlier. It puts into perspective the sheer scope, ambition and unfathomable patience that cast and crew have had during Marhoul’s project.

Despite the film’s heavy subject matter and the looming threat of rain on set, cast and crew appear to be in good spirits. I’m surrounded by men dressed as Russian Cossacks, magnificent horses waiting patiently for their 15 minutes of fame, and peasant villagers covered in muck exchanging chit-chat and taking selfies. It’s the final days of shooting, and these are some of the film’s most action-packed sequences.

I’m greeted at first by handsome devil Radim Fiala, in full Cossack get-up and sporting the mightiest of moustaches. He offers me a cigarette and happily poses for a photo. The popular Czech actor, who also starred in Marhoul’s last film Tobruk, introduces me to stuntman coordinator and ‘legend’ Petr Drozda who has worked on over 100 different films including Ridley Scott’s Gladiator. Drozda firmly shakes my hand and immediately shows me a hilarious and rather controversial meme on his phone (involving a certain Czech president) before throwing his head back and laughing hysterically.

I then weave my way around the multiple horses, villagers, soldiers and crew members on the remarkable set designed by Jan Vlasák, taking in the incredibly intricate craftsmanship that went into this temporary village nestled neatly in the hills of the South Bohemian countryside. I still can’t believe how friendly everyone is. When Marhoul shouts ‘action’ however, there’s a thundering of horse hooves followed closely by gunshots. The village is being invaded and its intense to say the least, but Marhoul keeps his cool and happily chats to me during his lunch break. “3 days, 3 crews, and over 50 shots. There are also 450 people taking care of horses. We also have lots of extras and stunt people here too, so today’s a bit crazy (laughs)”.

The Painted Bird is Marhoul’s passion project, the black and white adaptation has been in the making for the last decade and hasn’t been the easiest of journeys. Like Kosiński’s controversial book, the film has also met with controversy both with securing rights and general funding problems.

The director has been fighting every step of the way though, and insisted on keeping the film as harrowing and realistic as possible, which meant filming it in black and white and on 35mm film “Film negative is very special. You have a soul there – something that’s hard to identify. Digital is so clean – you lose something. This is a psychological thriller and if you want to stay true to that form, colour will damage that. Black and white is correct. absolutely correct,” says Marhoul.

Some of the book’s more violent and graphic content has been particularly difficult to adapt, and I even learnt that star and young actor Petr Kotlar won’t be able to watch the film until he’s over the age of 18. Marhoul admits however, that there’s a lot that you don’t see, “I mostly hide things. Imagination works much better than full frontal violence.”

Marhoul has always rejected the sensational ‘war drama’ label and classifies the film as more of a psychological thriller. “People are going to have a lot questions, a lot of questions without answers,” the director says.

After receiving generous praise all over the festival circuit, and local distribution, The Painted Bird has been submitted as the official 2020 Oscar entry for the Czech Republic. Fingers crossed! 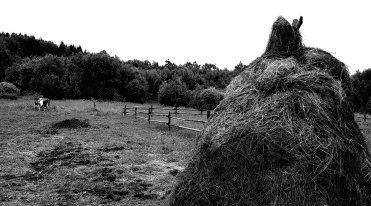 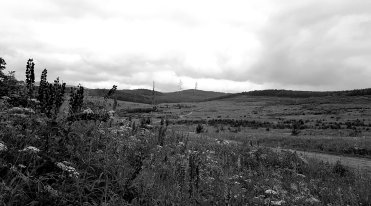 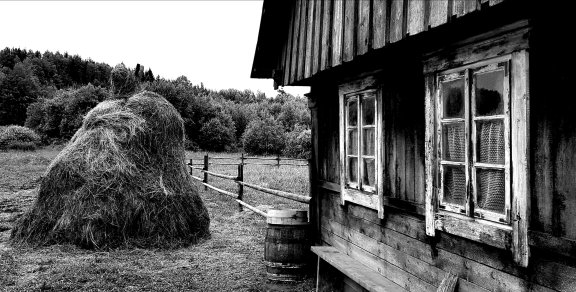 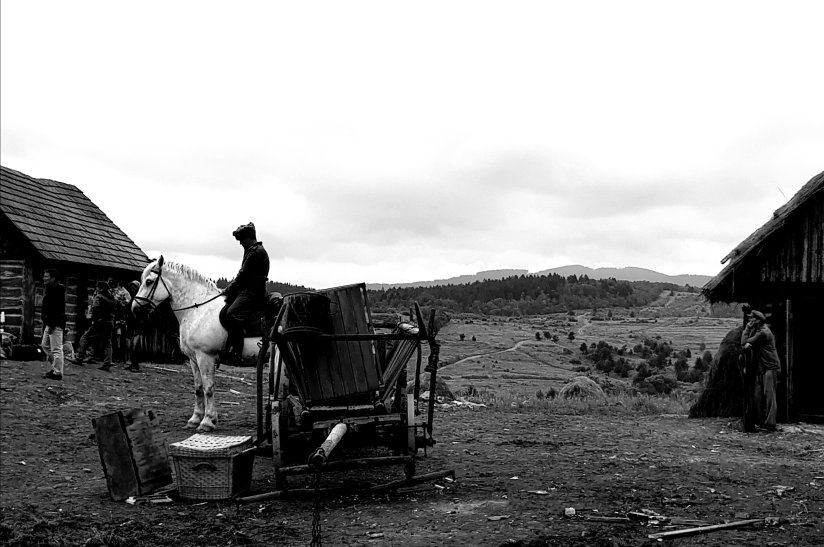 Actor Radim Fiala and myself 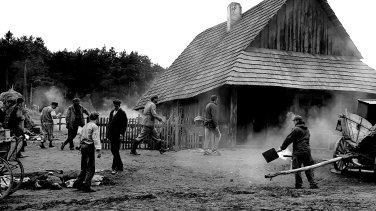 Director Václav Marhoul and myself 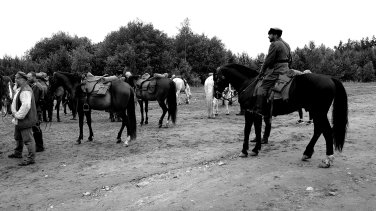 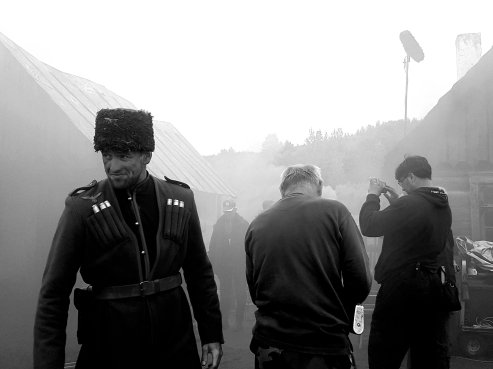